Tanzania can be visited all year round, but the coolest and driest time is from June to September, which is viewed as the high season, especially for game viewing. This time is also the best trekking conditions on Mount Kilimanjaro and Meru. Hotels and lodges during this time are at their fullest. When planning your Tanzania itinerary remember the following best times to visit:

Tanzania is East Africa’s largest country, with about 1,400 kms of coastline along the Indian Ocean. It is bordered by Burundi, Kenya, Malawi, Mozambique, Rwanda, Uganda, Zambia and the Democratiic Republic of Congo, and has a land mass of 945,087 sq kms. Through the interior runs the Great Rift Valley, where this has created many fascinating topographical features, such as Ngorongoro Crater and Lake Tanganyika.

Whilst the central plateau is made up of expanses of savannah and sparse woodland, the interior is largely arid. Tanzania’s 800 kms of coastlines is lush and palm fringed as are the islands of Zanzibar, Pemba and Mafia, The country’s highest point at 5895 meters is Mount Kilimanjaro, which is also the highest point in Africa. Tanzania’s largest lake is Lake Victoria and the main river is the Rufiji. Tanzania’s natural resources consists of natural gas, gold, diamonds, nickel, cobalt, copper and base metals , gemstones (apatite, nioblum, tanzanite), iron ore, coal, hydropower, tin, phosphates, fisheries and forests.

When travelling within Tanzania it is important to remember that over a third of the country is Muslim, and that their customs should be respected. It is offensive for ladies to walk around in public places displaying legs and shoulders, so please dress modestly. Avoid sexual displays of intimacy in Islamic areas and don’t enter mosques without permission.

Please ask for permission before taking photographs of people and wanting to smoke in enclosed areas.

Knowing a few phrases of Kiswahili is important and people will value the effort. While visiting towns, look out for ‘flycatchers’. These are street people, who will latch onto you, offering anything you might want, from souvenirs and safaris to drugs and gemstones. Don’t assume that what they are offering is in kindness, as there is always a fee involved. Visitors are strongly discouraged from using these people. If approached, and their services are not required, firmly decline and walk on. Tanzanian people are generally kind and friendly people, so remembering to be polite and having a bit of patience, will go a long way to making your stay so much more enjoyable.

On arrival in Tanzania, it is compulsory to show a yellow fever vaccination certificate if your passport hs a stamp from a country in an ‘endemic zone’. Consult with your doctor or travel clinic which of these countries this includes. The most commonly recommended vaccinations are for typhoid, tetanus, polio and hepatitis.

The majority of Tanzanians earn a minimum wage, so a tip is always appreciated. There is no recommended amount for tipping, but a general rule for restaurants is 10% of the bill.

When booking into a hotel, check with the reception desk as to what tips should be given to the staff. If there is not a tip box, where proceeds are shared evenly amongst all the staff, then the staff should be tipped directly.

Only tip if you are satisfied with the service and not because you feel sorry for the person.

Before travelling to Tanzania please consult your doctor or a travel clinic for advice on anti-malaria l tablets and vaccinations.

On the Tanzanian coast, where it is extremely hot and humid, watch out for cuts as these could easily turn into throbbing sores.

Fungal infections also thrive in these conditions, so after washing ensure that you dry yourself thoroughly. When going out in the sun ensure that you are cover up with sunblock, especially on the back if you are snorkeling. Limit the time spent in the sun, to avoid heat stroke and becoming dehydrated.

Although most Tanzanians can drink water from a tap, it is not advisable for visitors to do so. First time visitors to Africa are usually not immune from minor bugs that are found in the water and in some of the food. Bottled water can be purchased throughout Tanzania, and boiled water will usually be served at remote lodges and hotels. Before eating fresh fruit and vegetables from the market, make a point of washing them thoroughly.

HIV is prevalent in Tanzania, as at least one in ten Tanzanians carry the virus. It goes without saying that a condom should always be used during casual sex. Remember that HIV in Africa is a deadly gamble and risks should not be taken! Condoms are openly sold in pharmacies and supermarkets, but remember to check the expiry date and that they are not sun bleached from boxes being exposed to the sun. There have been stories of condoms being stapled onto shop displays, that have then since been sold with holes. 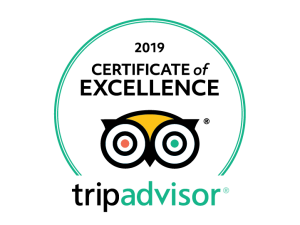 Types of Accommodation As Per Your Choices.